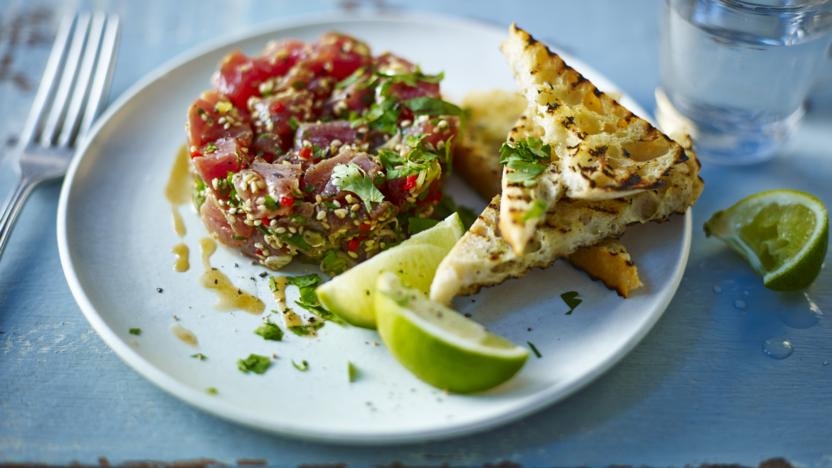 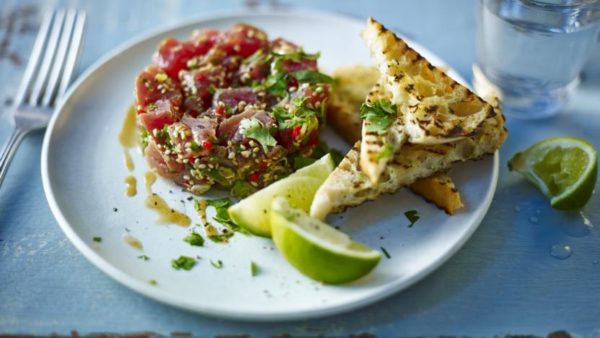 Living in Coastal New England affords most of us the opportunity to have seafood on a regular basis and most every New Englander knows that when it comes to seafood, freshness is paramount. Fresh seafood is even more important when you are planning to make a dish like Tuna Tartare which;  for any who don’t know, is served raw.

Eric and Stacy happened upon some tuna that was fresher than they had ever seen because their neighbor had literally just returned from a fishing excursion with the giant fish in tow.  When he offered up a portion to share they of course could not refuse.

Now that they had this jewel toned beauty of a fish what would they make?  They wanted something that would let the quality of the fish shine so of course thought of Tuna Tartare. Simple to prepare but a combination of flavors that bring the umami depth that any foodie would appreciate.  The recipe they settled on was slightly edited to their taste so here’s their version which they said did not disappoint! 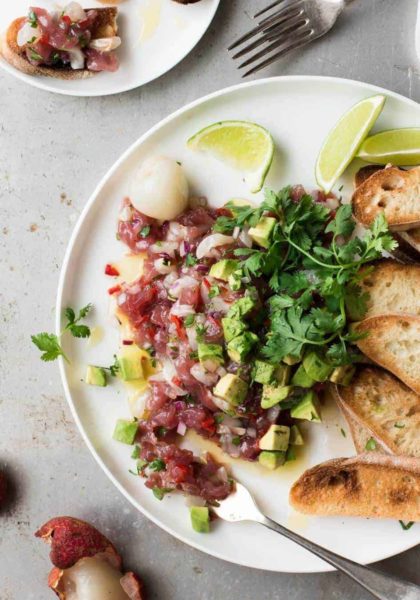 1. Add all the sauce ingredients to a bowl and mix & set aside.

2. Add the chopped tuna, green onions and sesame seeds directly to the bowl of sauce and mix until combined.

4. To plate your tartare you can choose to use a mould, or a circular ramekin or you can take a more rustic approach and just loosely layer the ingredients on a nice serving dish and serve with your favorite cracker or crostini.